Irish Tourist Attractions As Seen In The Movies

Have you ever sat down to watch a movie or a TV show only to notice something in the background, and think to yourself ‘that looks familiar’?

What Movies Were Filmed in Ireland?

Some TV shows also deserve a mention, such as Tudor’s and Game of Thrones.

Thinking Of Visiting Some Of The Movie Locations?

Our tours take you through some of the top filming locations in Ireland, especially on the West Coast along the Wild Atlantic Way. You may find that after taking one of our tours you will experience a lot more of these ‘Gosh that looks familiar’ moments. You may be inspired to go back and watch some of your favourites again – focusing more on the surroundings rather than the actual happenings on screen.

Alternatively, you may not have been to Ireland yet or are living here but are looking for somewhere fun to go on staycation this year. So why not visit some of the hotspots that the movie and TV industry worldwide appreciates. The stunning views found in all four corners of the Emerald Isle, not to mention all the places in between have now been experienced by various movie fanatics around the world.

Once you get out exploring some destinations may look a little familiar to you without you even realising it.

Climb aboard our Cliffs of Moher & The Burren tour and see some film locations with your own eyes.

Where Were They All Filmed?

Every Harry Potter fan surely remembers the scene in the movie Half-Blood Prince where Harry stands on top of a massive sea stack, having appeared there with Dumbledore, looking into a vast, dark cave hiding a horcrux. The cave is tucked in at the bottom of a sheer cliff drop, battered by the swelling sea. This stunning set is not to be found in a studio nor was it created with CGI (well, some of it was), what you see on the screen there is the breath-taking view that is the Cliffs of Moher in Co. Clare.

Walk up to O’Brien’s tower and look over to the headlands rolling into the distance; it is there. Several other films such as The Princess Bride & Leap Year were filmed here as well.

The landscape around the West of Ireland can indeed be rugged and stark. Oscar Wilde summarised the vistas of Connemara in two words: “savage beauty”, And that it is. The stark contrast between the mountains is offset by green valleys and clear rivers running into the loughs reflecting the skies above. It can be peaceful and tranquil, but also wild and in the middle of a winter storm.Come over to the West, where there’s romance aplenty on the Atlantic side of Ireland. What to do when looking for love? Leave it in the hands of a professional match maker, of course. That is just what people have been coming to the village of Lisdoonvarna in Co. Clare to do it for a couple of hundred years. Janeane Garofalo ended up somewhere quite like Lisdoonvarna in her movie imaginatively titled “Matchmaker” (it was the 1990s, do not judge). The fictional village in the movie was called Ballinagra from the Irish “Baile na Grá” which translates to “Town of Love”. See what they did there? Clever Hollywood folk.

While the Town of Love sadly is only the work of fiction, the village of Roundstone, which was the main location for filming of the movie is very much real. Sitting on the edge of the Atlantic in western Co. Galway, it is on the Wild Atlantic Way. Our leading lady can also be seen exploring the ancient fort of Dún Aonghasa on the island of Inis Mór, the largest of the Aran Islands. She was too busy falling in love with an Irishman called Sean to care about the ancient history surrounding her, but you can take a ferry over from Rossaveal and see for yourself what the island has to offer.

Boys do not worry; we haven’t forgotten about you either. Do you remember Sean Thornton? (It is okay if you do not, as this movie was released in 1952) He was the character played by John Wayne in the movie The Quiet Man. The crew for this movie found themselves filming in the West of Ireland in the summer of 1951. The village of Cong in Co. Mayo was the setting for most of the outside scenes of the movie, and the famous horse racing scene was filmed in the neighbouring county of Galway on Lettergesh Beach. So, poor Sean ran into some difficulty with his love life while there, but then again you cannot expect everything to run smoothly. In the movie all differences were laid to rest after a rousing fist fight through the village, a quick pint at the pub and you were home in time for supper.

A lot of the filming was done on the grounds of Ashford Castle as well as around the village itself. You can say you have walked in the footsteps of The Duke should you decide to take our Connemara & Cong day tour. No fighting allowed, and certainly no marrying fiery red heads until the tour is safely back in Galway!

The beach in Lettergesh you may recognise from Quiet Man, also features in a more recent movie about troublesome love. (Who knew romance was this much hassle?) Tristan & Isolde was released in 2006 starring James Franco and Sophia Myles. These two love birds nearly brought down an entire kingdom with them, but at least they got to enjoy one of the most beautiful beaches along the Wild Atlantic Way, Glassilaun Beach in Lettergesh.

This may not be the best example of Anglo-Irish relations, but it does showcase some of the stunning beauty of the Irish coastline. The film crew and actors raised a few eyebrows turning up at the local shop for ice creams dressed up as medieval warriors. Some of the locals were featured as extras, and a few houses near the beach spent a couple of months covered in camouflage netting to accommodate the filming. If Ridley Scott knocks on your door and asks to cover up your house for a few months, you are hardly going to say “no”, are you?

Marley & Me, saw Jennifer Aniston spending some time in the West of Ireland around the grounds of the stunning Ballynahinch Castle in Co. Galway. Just off the Wild Atlantic Way near Roundstone the castle provided the setting for the honeymoon scenes in the movie. Jennifer popped into one of the pubs in Tullycross, Paddy Coyne’s, where she now hangs immortalised in a photograph on the wall.

It is hard not to get swept away with romantic notions when surrounded by forests, lakes, mountains, and castles. Kylemore Abbey, for example, was originally a castle built as a wedding present by a wealthy English businessman for his young bride. They visited Connemara on their honeymoon and fell in love with its beauty and decided to set up a home there.

Jaw dropping views around this island are not just limited to the West. HBO’s location scouts struck gold when searching for nature’s own film sets for Game of Thrones. Everything from the Haunted Forest, Winterfell; home of the Stark family and Kingsroad, to the Dothraki grasslands, Iron Islands and many more can be found in Northern Ireland. You can walk along the Kingsroad in Co. Antrim and wander through the Haunted Forest in Co. Down (look out for the White Walkers!), the Iron Islands can be found in Co. Antrim while Dragonstone is hiding in plain sight in Derry.

But it is not just mythical characters that wander and fight in Irish locations on screens both small and large. As you may already know, Ireland’s history has an extraordinarily strong influence from the men of the northlands, Vikings. Makes perfect sense that the History Channel TV-series bearing the same name was also filmed here. Should you wish to launch a long ship to discover new lands or maybe just raise a toast from the skull of your slain enemy, you could always visit the locations seen on screen in Co. Wicklow.

Wicklow has been a very popular destination for the flashing lights of Hollywood. It has been a firm favourite for several films such as the filming of Braveheart, King Arthur, Leap Year, PS I LOve You, Lassie Ella Enchanted and lots more.

Which spots should you visit here?

If you are a big PS I Love You fan, you find all the key locations here.

So, there you have it. The next time you are watching one of these movies or TV shows, don’t be surprised if the background starts to grab your attention more than the action on screen. It is not a reflection on the calibre of actors on screen, but merely a testament to your ability to spot some familiar sights even (if they are slightly out of focus).

Just remember this: if it all gets a bit much for you and you just want to sit down and have some peace and quiet, we hear there is a nice quiet spot on the island of Skellig Michael on the coast of Co. Kerry. You may have to share it with someone named Skywalker, though… 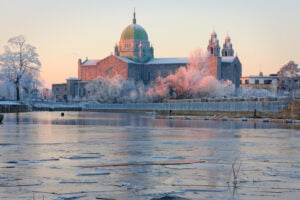 We all know Winter in Ireland is never truly straight forward, but we just have to make the most of it.  Expect to see sunshine, 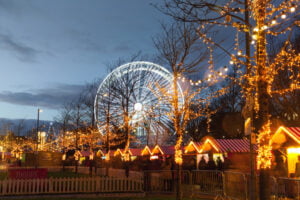 The Best Christmas Markets To See Around Ireland 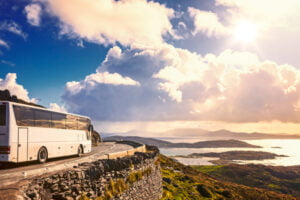 Bus Tours in Ireland for Seniors

Bespoke Bus Tours of Ireland 2022 At Galway Tour Company we offer the best guided bus tours for seniors around Ireland. Choose from one of